19 years later for Harry, 10 years later for me.
Hello, beautiful people!
Today is the day. As I’m posting this, it’s eleven a.m. in London, September 1st, 2017 and I’m at King’s Cross, probably about to burst into tears, because it is the day of Harry Potter’s epilogue. Harry Potter and the Deathly Hallows has been out for ten years now and for some of us, it’s been ten years since we have closed the book and had to say goodbye to Harry Potter (except we never really did).
The first time I finished Harry Potter and the Deathly Hallows, I was eleven and I promised myself: “on the day of the epilogue, Lucie, you will go to London and the wheel will come full circle”. I don’t know why I wanted to do this, maybe it was a way for me to say “I was there on this very important day for the Harry Potter series”. For me, being in London on that very day has been a dream for years, through all of my rereads of the series, through the days I was lost in my own life and it’s finally there. Maybe I’ll go to Hogwarts and never come back to the Muggle world. It would be better in a way.
Harry Potter has always been important in my life, for I started to read it when I was about five years old (and no one believed I had actually read it, except for my parents). It was the beginning of my life as a reader and it always stayed with me, with every new book and movie. One of my biggest regrets in life is that I never got to watch the first movie in theaters because my parents thought I was too young. But I went to all the others and dressed as a Ravenclaw for the last ones. 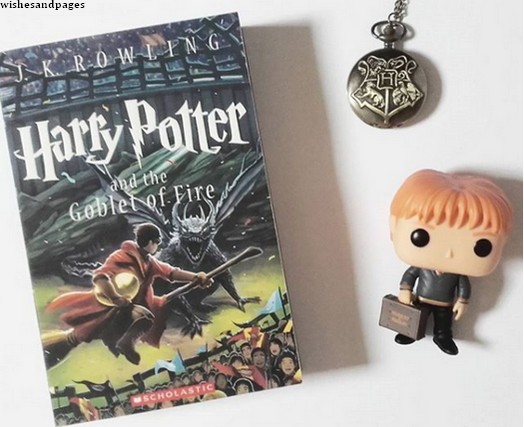 I was that teenager who bought magazines to have Harry Potter posters everywhere in her room, who reread the books each summer with a purpose (making a list of all the characters mentioned that went to Hogwarts, or a list of all the spells, I’m such a Ravenclaw), who read and wrote fanfictions. Once, I made friends on the train to scout camp with a girl because of our shared love for Harry Potter and I’ll always be sad I don’t have any contact with her anymore because we were so young (Audrey, if you ever stumble upon this, do you remember “Roguinou chéri d’amour” and how you were one of the best friends I’ve ever had for those two weeks? I still miss you and it’s been eight years).
Harry Potter made me learn so much about human nature and it taught me to try to be proud of who I was. Sure, I love Hermione as much as everyone else, because I was the know-it-all in class when I was younger and I could relate to her so much. But it’s Luna Lovegood who changed my life. I used to say my name was Lucie Lovegood, I let my hair grow out to look like her, I was the proudest Ravenclaw in the world because of her. I wasn’t scared to be weird or to dress in bright colours because of her. To this day, she is one of my biggest inspirations and I will never be able to thank J.K. Rowling enough for creating her character. Besides, she marries a Scamander and I love Newt so much, basically she’s a true role model.
I could go on about Harry Potter forever, but I think this love letter to Harry Potter is already long enough. This series shaped who I am and I will forever be grateful. Thank you for everything*, J.K. Rowling.
*the seven books in the series, that is
What about you? What did Harry Potter bring into your life?
Lots of love,
Lucie