I was in London this week-end, which means I bought books… Again. In my defense, I won’t have a lot of them to buy for a little while (with the exception of two that I’m planning to read in October) and Penguin English Library editions are my ultimate weaknesses. I’m very happy because I found most of the books I wanted to read for Victober (a readathon that makes you read Victorian literature in October), which is so exciting.

Wonder Woman: Warbringer by Leigh Bardugo
I have to say I had only seen Wonder Woman in the Justice League animated series before 2017, so I only knew the basics about her. However, I was so excited about the movie that released this year as well as this book, for it’s written by Leigh Bardugo. I’m actually currently reading because I was very curious to discover Bardugo in something different and I’m really enjoying it, even though it wasn’t what I was expecting. It’s giving me huge girl power vibes, I’m all about that.

Drums of Autumn by Diana Gabaldon
If you don’t know this about me, I’m obsessed with Outlander. I started watching the show last year and after sobbing so much at the end of season 2, I decided I would read the books, because I wasn’t going to wait a year. Thinking season 3 would release in March (I was so innocent), I read a book a month and finished Voyager in December, telling myself I wouldn’t read Drums of Autumn until the end of season 3. Little did I know that in September 2017, I would still have a week to wait *sobs*. I haven’t read an Outlander book in eight months, how did I survive (I could have read the Lord John Grey novels, but not just yet)? Anyhow, I now have Drums of Autumn, but it would make no sense to start it now, I’ll hide my copy until season 3 is over (I will try at least). But I’m so excited to read it, it hurts. 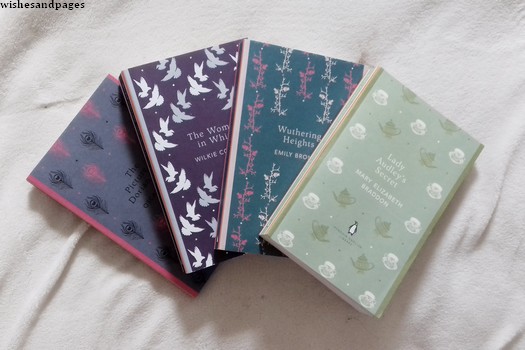 The Picture of Dorian Gray by Oscar Wilde
I have to confess I still haven’t read The Picture of Dorian Gray and I had no excuse, except I didn’t own it. As a matter of fact, I went to an exhibition about Oscar Wilde (which was absolutely amazing) in Paris last year and it made me want to read every single word he ever wrote, for it was full of beautiful quotes and I need to read them in context. Anyhow, I’m so looking forward to finally read The Picture of Dorian Gray this October.
The Woman in White by Wilkie Collins
The Woman in White is considered to be one of the first among mystery novels and combines Gothic horror with psychological realism, which makes me quite curious about it. I haven’t read anything by Wilkie Collins yet, but I have heard he is a friend of Charles Dickens and that’s enough for me. Besides, I’ve only heard great things about this one. It sounds perfect to read near Halloween.
Lady Audley’s Secret by Mary Elizabeth Braddon
I first heard about this book in The Infernal Devices, which put it on my ‘want to read’ list straight away. From what I’ve gathered, the main character is an anti-heroine and (obviously) has a secret the reader is trying to discover. The Penguin English Library edition for this one is absolutely stunning and it’s been calling to me for a long time,
Wuthering Heights by Emily Brontë
I read Wuthering Heights in French about seven years ago (I can’t remember exactly, but it was summer and I also read Jane Eyre) and it became one of my favourite books ever. I’ve been wanting to reread it in English ever since I started to read in that language and as I’ve recently read The Tenant of Wildfell Hall by Anne Brontë… Well I realised how much I missed this book and wanted to reread it. 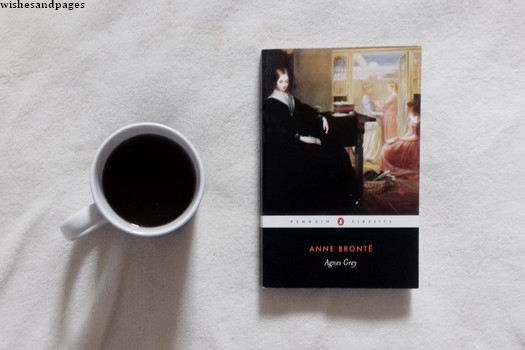 Agnes Grey by Anne Brontë
Speaking of Anne Brontë (the underrated sister *sigh*), I finally read The Tenant of Wildfell Hall in August and adored it, it’s now one of my favourite books ever. Anne only wrote two novels and her first one, Agnes Grey , was inspired by her experience as a governess. It’s quite a short novel (under 200 pages), which should make it quick to read and I’ll probably read it this month, as I’m that excited to read it. 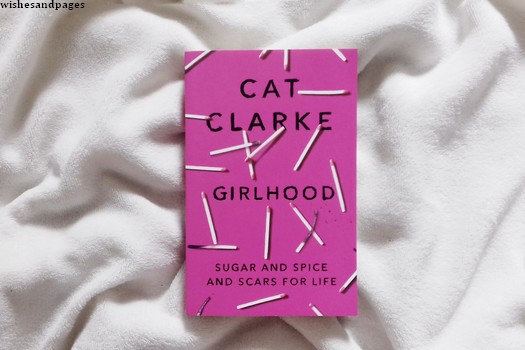 Girlhood by Cat Clarke
I still haven’t read anything by Cat Clarke yet, but I liked the cover for this one (even if it’s VERY pink) and it was in the ‘buy one, get the second at half price’ section at Waterstones, so I got it with Wonder Woman to have that (how to be weak when it comes to buying books, a memoir by yours truly). I’ve heard good things and apparently it’s a YA mystery? I need to read more of those.

Harry Potter and the Philosopher’s Stone by J.K. Rowling (20th anniversary edition)
Technically, my boyfriend bought it for me. So I didn’t buy it and it’s okay (I had said I wouldn’t)? The thing is, it was thirty minutes before the time of the epilogue, we were at King’s Cross, I had to have a Harry Potter book with me. Besides, it showed my Ravenclaw pride and we all shouted our house names in the train station, so… *shrugs* We also got free Hogwarts Express tickets because we answered to a Harry Potter quiz so there you go!
Lots of love,
Lucie