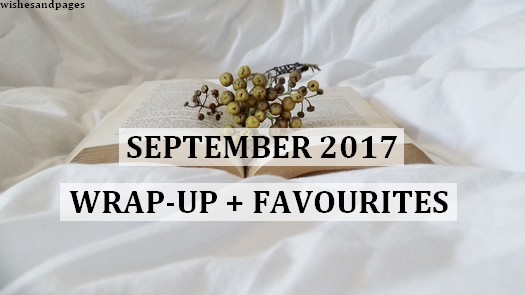 September 2017 was probably the longest month of my entire life, or it certainly felt that way. Like my dear Charles Dickens said, “it was the best of times, it was the worse of the times.” and it sums up my entire month. I had some of the best days in my life when I went to London for a three day long week-end (the day of 19 years later and then I saw Les Misérables on West End)(I still can’t realise that I crossed two things off my bucket list in two days), then had a very important oral presentation for uni and I didn’t know if I could register for uni… Until five days before classes started. I am in a very weird mood. Because of that, I’ve watched way more TV shows than I have read, even though I still read nine books.
WHAT I READ

I finally reread And Then There Were None by Agatha Christie and let me tell you: if you ever want to listen to an audiobook, do yourself a favor and listen to Dan Stevens’ interpretation of this novel. I know that I’m always singing his praise, but I’m still mind-blown. Now that I’ve read and loved Agnes Grey, I can say that Anne Brontë might be my favourite Brontë sister, but I don’t know for sure. I still need to read her poetry/her juvenilia writings and a biography about her, but I really feel close to Anne, for some reason. Last but not least, I got an e-ARC of Retribution Rails and I loved it even more than Vengeance Road (!!!). You definitely need to read it when it’ll release in November. 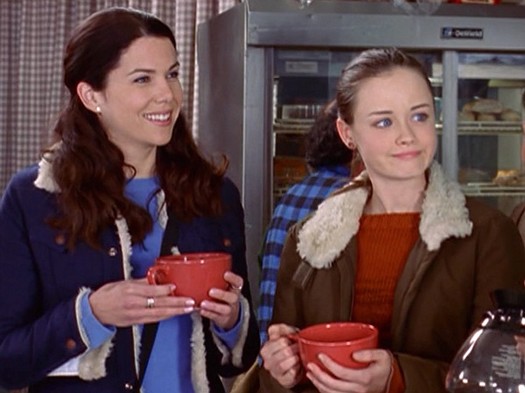 Les Misérables is very important to me and I’ll talk about it more in an upcoming post (but I first need to reread the beast book entirely), but I finally saw the musical on West End. I’ve always wanted to do it and I cried the entire time. I was so overwhelmed, how do you feel that many emotions at the same time? Anyhow, I’ve since then rewatched the movie and Eddie Redmayne will always be my Marius (he is my favourite actor, after all) and have been listening to the soundtrack (and nothing else!) for the last week. I just love Les Misérables so much, sometimes it hurts, haha.

Like I said, I watched a lot of TV shows in September and a lot of them could have made this list, but then I discovered Gilmore Girls and that’s the entire reason why I haven’t been reading. I’ve watched twenty-eight episodes in a week and a half and I already know that it’ll be one of my favourite TV shows ever. I’m drinking a lot of coffee once again and I’m going to blame it on Lorelai and Rory. I’m curious to see more of Paris Geller, because I already adore her, oops.

During the second half of August, I downloaded a pedometer app and it changed my life. Now that we’re in October, I’ve been using it for a while and guess what? I walked 204 km in September! As someone who never exercises, it really encourages me to walk more, since I wouldn’t have walked as much otherwise. I know that it’ll slow down as the cold is coming, but that’s a huge victory over myself!

I hope you had a great month and read amazing books!