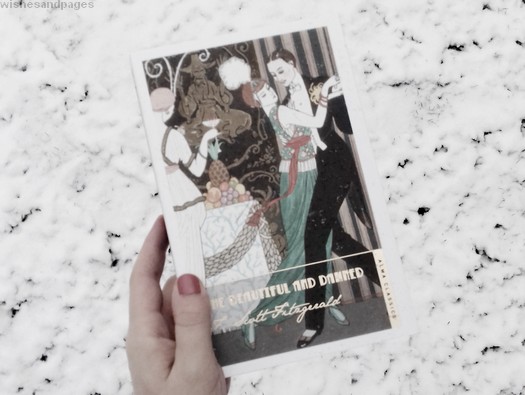 I realised I haven’t posted in a while, but February was such a busy and amazing month, so sadly, I didn’t have a lot of time to dedicate to my blog. February was the month I turned 22, saw The Last Jedi in theaters for the last time, saw Imagine Dragons live once again and went to England on my own. It was the month I truly let the past die, because I had to*. Some of my painful past came to haunt me a lot in February, yet I finally turned back to face it and I’m feeling so much better because of that (it only took me two and a half years, after all). February was such a great month for me, I did my best to make the most of it and I hope March will be equally as good.
*Me vs mentioning Kylo Ren or Adam Driver in almost every post.
W H A T  I  R E A D
February was quite a good reading month. While I still read as much as usual – or almost – I feel like I took my time with books; sometimes it took me a week to finish one, sometimes I finished two in the same day (the perks of traveling). My reading month was equally made of young adult novels and classics, I’m quite happy about that, it’s all I need. I haven’t read any non-fiction, though, I’ll have to fix it next month!

As you can see, I finally did rate books 5 stars, that’s it! The Mayor of Casterbridge was my favourite book of the month for sure, but Crooked House came quite close. I knew Thomas Hardy wouldn’t disappoint me and fix my 5 stars ratings.


Just like with every single Marvel movie, I was so excited for Black Panther and had to watch it in theaters the week it was released. What I hadn’t expected was to love it as much as I did, to the point that it is one of my favourite Marvel movies for sure, it will probably make my list of favourite movies of the year and I need to rewatch it as soon as possible. I tried long and hard to find any flaws, but I couldn’t. I simply adored everything about Black Panther: the characters, the world, the plot, the soundtrack, the photography. From what I’ve heard everywhere, the representation is amazing as well (but check the Internet and #ownvoices reviewers for that 😉 ). I understood and liked the villain a little too much because while what he was doing was wrong, there were quite a few of his ideas I was agreeing with. I particularly loved the female characters, they were so strong and saved the day so many times. Shuri was my favourite, like most people, but I loved so many characters in the end. If you haven’t watched Black Panther, I would definitely recommend you to watch it, even if you’re not up-to-date with Marvel movies or not a Marvel fan.
TV SHOW // Brooklyn Nine-Nine


I started watching Brooklyn Nine-Nine a few months ago, a night I wasn’t feeling great, and from the start, it made me laugh. It is set in the 99th precinct of the New York Police Department and follows a team of detectives, led by the newly appointed Captain Raymond Holt. I don’t watch a lot of sitcoms and that’s even worse for shows involving investigations (most of the time, I find them so repetitive and end up being bored), but this one more than won me over, as it’s so much more than that. It has such a diverse cast of characters, tac
kles down so many important and topical issues, while staying hilarious, providing me with characters I can consider as role models. I’ve been watching it since December I think, but I binge-watched seasons 4 and 5 in February and I couldn’t stop. I’m so glad we’ll get new episodes in March, because I need more.
MUSIC // Imagine Dragons
One of the highlights of February was seeing Imagine Dragons live for the second time. They are my best friend’s favourite band, so when tickets went on sale last September, we jumped on the chance to get ours and the concert was absolutely amazing. I had already seen them in 2014, which feels like ages ago, so I don’t remember everything about that one, but they did such an amazing job on their tour. I cried several times, even if I didn’t show it, because of what they talked about, and even more when they did Demons (this song will always get me). Needless to say, I mostly listened to their albums for the past month or so, especially Evolve, as they were touring for that album. I had missed going to concerts so much.
My friends
It sounds very cheesy, but February was a month full of my friends and I’m so grateful for that. Whether it was about having many outings in Paris, going to the movies all the time, my best friend surprising me on my birthday by coming for the evening, not being alone at uni anymore or reconnecting with the first friend I made when I moved to Paris, my heart was full (of love*). I’m not overly fond of celebrating my birthday, to be completely honest, but this year, it was amazing, because I felt surrounded by the people who matter the most to me. Moreover, I’m terrified to let people in, I didn’t do it for two years until January 2017, but I’m really doing better on that front and I felt it, in February.
*that was a Les Misérables reference, you’re welcome.
MOVIE // Coco (2017)
Another movie I (finally!) watched in theaters was the latest Disney animated movie, Coco. For some reason, I didn’t have time to watch it before, but I was seriously missing out, because it deserves all the hype it is getting. It was such a beautiful and heart-wrenching movie, visually stunning, with a great soundtrack on top of it all. It’s one of those animated movies I know I will show to my little brothers when I get my hands on the DVD, and if I ever have children, they will have no choice but to watch it as well.
Going to England on my own
Last but not least, and that’s why this post didn’t go up before, I went to Leeds on my own last week. I do live on my own, but going to another country for a few days, when English isn’t my first language, with no one to rely on but myself was such an enlightening experience. It gave me time to think about where I was going with my life, it pushed me to ask for people’s help there (I don’t even do that in my own country), to speak English and not actually making a fool of myself. As a matter of fact, I had plenty of problems with travelling (thanks to the cold and the snow), yet, I stayed calm the entire time and wasn’t stressed out. I was pretty much the best part of myself in the UK, I dealt with everything. I am so proud of myself and I’m quite motivated for March now.


I hope you had an amazing month,