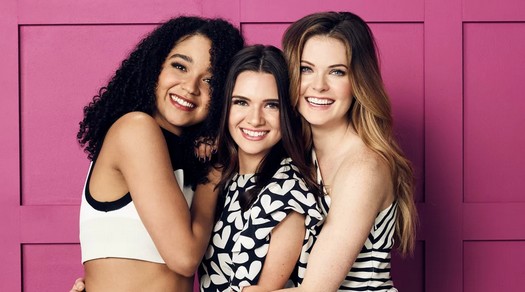 Last May, I binge-watched the first season of The Bold Type and completely fell in love with it, to the point that I said on social media that it was my favourite TV show of 2018 (so far). Unsurprisingly, I was beyond excited to watch the second season, which finished airing in the U.S. recently. I really wanted to share some of my excitement about it with you today, so I could, maybe, convince you to give it a shot.

This TV show follows three best friends, Jane, Kat, and Sutton, who work for Scarlet, a global women’s magazine. The show explores their lives in New York City, as they learn to find their own voices and explore their sexuality, identity, love, and fashion.

Through every single episode, The Bold Type has been such an empowering show for me, mainly because it focuses on women, whether it was the three main characters, their boss (yay to women of power), the friends they make along the way or the readers of Scarlet. When I started watching it, it felt like the one, the show that was made for me, that would motivate me to fight to follow my dreams and that would be there for me when I didn’t believe in myself anymore and we all need that in our lives.

The Bold Type is a feminist, diverse and topical show, tackling down so many contemporary issues and doing it in such a clever way. Some people might think, from the premise, that it’s gonna be a very cliché show, all about fashion, women hating on each other and romances worth of eye rolls. It definitely isn’t. The showrunners actually use the fact that it is set in a global women’s magazine to talk about what women (all of them) have to go through in their every day lives, through the articles everyone are working on, or by following different storylines in Jane, Kat and Sutton’s lives.

I had already made a quick list of topics talked about in the first season, but to give you some examples, the second season talked about white privilege, body positivity, sex between women, religion, unemployment, slut-shaming, the #MeToo movement, picking your career over your love life and so on. I could give you a dozen more of examples, but I didn’t write this post so it could be a list. I truly adore this show, because I feel represented in it, because of the representation in part*, but also because it talks about topics that matter to me, that I have to deal with, and that I wish we could see more of.

*Will I ever stop crying when I see a bisexual woman in a TV show/movie? The answer is absolutely not. 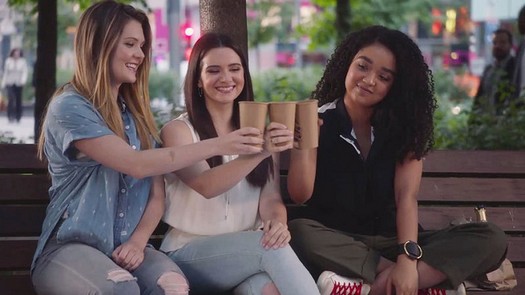 Sutton (Meghan Fahy), Jane (Katie Stevens) and Kat (Aisha Dee)
The three main characters mean so much to me, because not only the portraying of their friendship is one of the healthiest I have seen on TV, but I see myself in all of them, and they all are my role models in a way. They still are at the beginning of their professional lives – they’ve worked for four years or something? – and it’s so encouraging for me, as I’m almost done with my studies. If you asked me who out of the three was my favourite, I wouldn’t be able to answer, because it changes with every episode and I love them in different ways.
> Jane can be my favourite, because she’s a journalist and seeing her finding her voice through her writing is so inspiring. She’s also the type of person who needs to keep her entire life planned out and organized to stay sane, I so feel her on that. At the beginning of the first season, she was so scared to dare and to put herself out there, seeing her pushing herself to become a better person and a better writer has been amazing and motivating.
> Kat can be my favourite, because she’s so outspoken and confident, I so want to be more like her. She also works in social media and I adore seeing her working. More than that, seeing her exploring her sexuality hit so close to home. When I started watching the show, I was going through similar events and feelings than she was in the first season, so seeing her embracing it all made me so happy and even prouder of who I am.
> Sutton can be my favourite, because she reminds me to follow my dreams and that being yourself is important. I love her because I know what it feels like to be late to find your way in life, to keep going without really knowing where to. She always makes me remember that it’s never too late and that what we truly want is worth fighting for. I’d also give her a special shoutout for the time she said she was all game for a healthy competition against another female character at work, but not for slut-shaming. 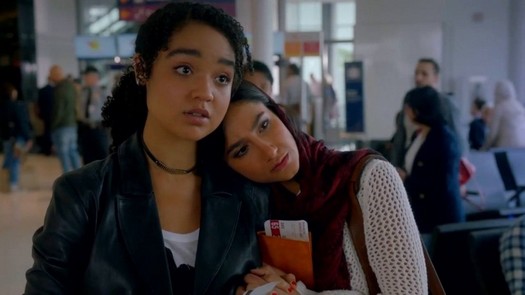 I love one (1) superior ship

Another thing I adore in the first season of this show is that, while there are three romantic ships, each for one of the main characters, the only one you will truly remember is Kat and Adena. Seeing representation of a romantic relationship between two women is so rare on television, but you have it on The Bold Type. Not only that, but this dynamic is the main focus when it comes to romance for the first season (Pinstripe and Richard who?), they’re absolutely adorable and we’re also talking about a romance between two women of colour! This is a TV show that gives you representation and not two minutes just to say that they did it. I’m quite upset with what they did in the second half of season 2, though, I get that they wanted more screen time for the other romantic (straight) ships, but please tell me they’ll go on the right path on that topic for season 3.

The Bold Type is definitely one of my favourite TV shows and I cannot wait for the third season to air next year. I’m not sure how much of a good idea it was to write about it, considering that now, I want to rewatch it even more, but I hope that I managed to convince you to watch it, if you haven’t!

Have you watched this show or are you planning to?
What’s your favourite TV show that’s currently airing?