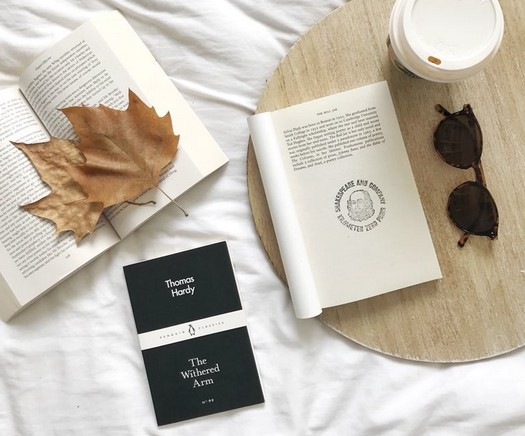 As you may know by now, Fall is my favourite season and there are so many books I always want to get to during that time of the year, that I add on Goodreads specifically for that purpose. It’d be great if I could read twenty books per month to get to them all, but well, that’s not going to happen. Today, I wanted to share with you the top 5 books* I want to get to this Fall**.
*it started as a top 10, but as I don’t know how much I’ll be able to read in the next few months, I kept only half of that list, I don’t want to be too ambitious and to limit myself to the books I picked. I also have a TBR coming up for Victober very soon, as well, so that also explains it.
**fun fact: I started writing this post in July, because I am that excited.

The Haunting of Hill House by Shirley Jackson

Last year, I discovered Shirley Jackson’s writing with We Have Always Lived in the Castle and I adored it so much. Since then, I’ve been quite interested to read more of her works and thought they would be great for Fall, especially The Haunting of Hill House, which is a supernatural thriller. This novel, considered a modern classic, was published in 1959 and tells the story of four characters who arrive at a notoriously unfriendly pile called Hill House: an occult scholar looking for solid evidence of a “haunting”, his assistant, a young woman well acquainted with poltergeists, as well as the future heir of Hill House. Their stay first seems to be a spooky encounter with inexplicable phenomena, but the house is simply gathering its powers… and soon it will choose one of them to make its own. This seems like such a Halloween read and as I haven’t read a lot of American classic literature, it’ll be good for my literary culture as well!

Before the Devil Breaks You (The Diviners #3) by Libba Bray
The Diviners series is absolutely perfect for Halloween as well, I actually recommended it around this time last year. The third book came out in 2017, but I have yet to read it, considering that I did reread The Diviners last year, but have oly started my reread of Lair of Dreams this week. Anyhow, this series is set in 1920s New York and follows several characters, most of them being Diviners, aka they have different types of powers. This time, the Diviners have to fight against ghosts, while cases of possession and murder are everywhere in New York City. This series is so much fun to read, because it’s beautifully complex, has a chilling but glamorous atmosphere and the characters are so much fun. I cannot wait to finally know what happens next. 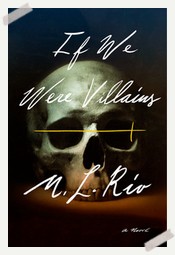 If We Were Villains by M.L. Rio

During the Fall, I also love to reach for mystery thriller novels and If We Were Villains fall in that category. It’s about a man who spent ten years in jail and after all that time, he’s finally ready to tell the truth about what happened ten years ago. At that time, Oliver was one of the seven young Shakespearean actors at Dellecher Classical Conservatory. On and off-stage, they played the same roles over and over, until the balance of power shifted in their fourth year and real violence happened on opening night. In the morning, the students have to convince the police, each other and themselves that they are innocent. Apparently, it’s been compared to The Secret History by Donna Tartt (!!) and I really want to read more of Shakespeare, so maybe this one will motivate me in a way, we shall see.

The Rules of Magic by Alice Hoffman

Fall also is the perfect season to read about witches, it’s a known fact. I am particularly excited to get to The Rules of Magic, because I saw many people raving about it a few months ago on Instagram. For the Owen family, on which the book focuses, love is a curse that began in 1620, when an ancestor was charged with witchery for loving the wrong man. Centuries later, in New York City at the cusp of the sixties, Susanna Owens knows that her three children, Franny, Jet and Vincent, are dangerously unique, so she sets down rules for them: no walking in the moonlight, no red shoes, no wearing black, no cats, no cro
ws, no candles, no books about magic. And most importantly, never, ever, fall in love. But when her children visit their Aunt Isabelle, in the small Massachusetts town where the Owens family has been blamed for everything that has ever gone wrong, they uncover family secrets and begin to understand the truth of who they are. Back in New York City each begins a risky journey as they try to escape the family curse. Apparently, it’s a prequel to Practical Magic – that I haven’t read yet, but will give a try after it – and it sounds right up my alley!

The Thirteenth Tale by Diane Setterfield

The Thirteenth Tale keeps intriguing me, it follows an enigmatic writer who spent decades creating outlandish life histories for herself, which brought her fame and fortune, but have kept her past a secret. As she gets older and is ailing, Vida Winter wants to at least tell the truth about her extraordinary life. She summons biographer Margaret Lea, a young woman struck by a curious parallel between Miss Winter’s story and her own, and who takes the commission (okay, it has nothing to do with it, but THAT kind of reminds me of The Seven Husbands of Evelyn Hugo, even though they sound like completely different books). It turns out that the story of Vida is a tale of gothic strangeness featuring the Angelfield family, including the beautiful and willful Isabelle, the feral twins Adeline and Emmeline, a ghost, a governess, a topiary garden and a devastating fire, but Margaret remains suspicious of the author’s sincerity, which will lead to the real story. This novel is also said to be a love letter to reading, with amazing storytelling and as it has gothic elements, it sounds perfect for Fall (there is a trend in this TBR now, isn’t it?).

Et voilà, those are the books I am the most excited to get to this Fall, but there are so many more I’d love to read: we shall see how it goes! I’m also planning on doing a Halloween 24h readathon at some point and to have a TBR focused on that, then of course there is Victober happening in October.


Have you read any of these books?
Which books are you most excited to read this Fall?