Hello beautiful people!
Today, I’m here for my second post of my Victober series, which is a weekly feature during the month of October that’s about sharing my love for Victorian literature. This week, I wanted to talk about my journey with Victorian literature, which is linked to my journey with classics in general. If you don’t know about Victober, it’s a month-long readathon I’m participating in and I talked about it more here.

Getting introduced to Victorian literature…
When I was younger, I used to devour classics, I always became curious when literature professors talked about them with us in class, which led me to discover so many books I wanted to read. I was discussing this my mom just this week: I had always been so excited to learn how to read, then to read all the books people older than me talked about. As I am French, I started my journey with classics with French literature, especially falling for 19th century literature… As I told you last year, my obsession with Les Misérables started at a young age, and then there was Emile Zola, whose works I adore so. As I loved 19th century French literature so much, reading Victorian literature was a logical path, in a way.
I only heard about English literature years after, and when I was a teenager (I was about fourteen or fifteen), there was a summer where I decided to read some of the Brontë sisters’ works, which were my first introduction to Victorian literature. I remember having a whole schedule to make sure I read a certain amount of pages each day, but I just ended up devouring Wuthering Heights very quickly, because I couldn’t get enough out of it. Right after that, I jumped right into Jane Eyre, which I also loved, even though not quite as much as Wuthering Heights. I was so obsessed and even got a box set with an adaptation of some British classics that Christmas, eagerly watching the 2009 ITV adaptation of Wuthering Heights. I didn’t read many Victorian novels in the following years, even though The Infernal Devices trilogy by Cassandra Clare made me want to read a lot of Victorian literature and I got introduced to Charles Dickens through Great Expectations and A Tale of Two Cities, which are my favourite novels by him so far. 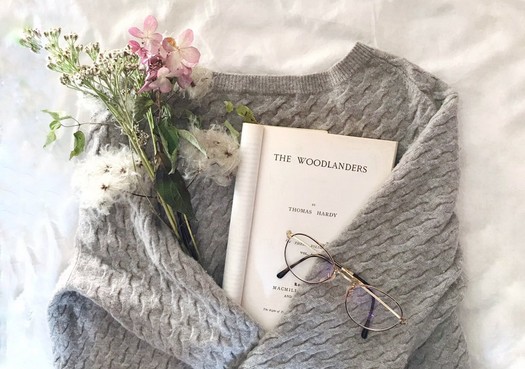 Falling in love with Victorian literature…
I’ve talked about it a lot since last year, but I’ve been trying to figure out what my reading tastes truly are for the past two years and trying to understand that… Led me to fall in love with Victorian literature. In September 2016, I was participating in an online book club and the theme of the month was “Victorian literature”; we had to vote for which novel we wanted to read, and…
Far from the Madding Crowd by Thomas Hardy won.
It wasn’t even my first pick*, but I read it out of curiosity. Needless to say, as it’s now one of my top 3 favourite books of all time, this book changed my life, I deeply fell in love with it (and Gabriel Oak), watched the movie adaptation right after and it was all I could talk about for months. I was listening to the soundtrack of the movie and was singing along Let No Man Steal Your Thyme all the time, I couldn’t stop thinking about it. Finally, at long last, this book made me want to explore Victorian literature, because I didn’t know that many Victorian authors. At that time, I was also introduced to the Penguin English Library editions and that was the beginning of another obsession, as many Victorian novels are edited in those (two birds, one stone).
*North and South by Elizabeth Gaskell was, I read it two months after and adore i
t so much.
While Far from the Madding Crowd reignited the love I had started to feel for Victorian literature through the Brontës, falling in love with Victorian literature wasn’t quite over, I was still a baby in that matter. Many things changed in my life in 2017, one of those being that I started buddy-reading way more. My friend Clara and I started buddy reading Thomas Hardy’s and Charles Dickens’ works together, which was so motivating, and the more time passed, the more I was reading Victorian literature on my own. I focused so much on Victorian literature last year and the 2017 edition of Victober really helped me as well. I kept discovering authors whose writing style I adored, which led me to read and want to read more and more books. All bookworms know that it’s quite an endless circle, which is quite exciting!
And now what?
That’s pretty much the story of how I came to read as much Victorian literature as I do today, it really changed my life. Discovering that part of literature also introduced me to a part of the bookish community I didn’t know too well and I adore talking with people who love classics in general as much as I do. Reading Victorian literature makes me really happy, I’m quite proud of my journey and on my little scale, I get  asked for recommendations often, and I’ve been called the PEL Queen as a joke (I totally claim that title, though).
I still consider that I’ve barely scratched the surface, because while I know most of the famous authors for sure, there are still so many I want/have to discover and I know so little… But I do try to document myself as much as possible on topics that interest me (that’s the Ravenclaw in me)! So far, I’ve mainly read Victorian novels and some short stories, but thanks to this edition of Victober, I have finally dived into plays and I’m hoping to read poetry in the future as well, I’m probably missing out a lot on that topic!
In any case, I’m really just getting started and I’m glad I have time to explore that part of literature.
Thanks for reading,
Lots of love,
Lucie